I love writing my library hauls. They make me feel warm and fluffy. 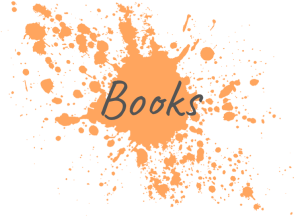 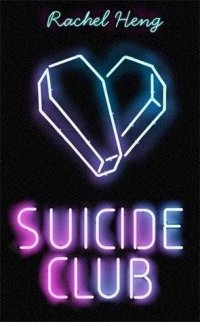 In this debut set in near future NYC—where people live for 300 years and the pursuit of immortality is all-consuming—Lea must choose between her estranged father and her chance to live forever. She is drawn into his mysterious world of the Suicide Club, a network of powerful individuals and rebels who reject society’s pursuit of immortality, and instead chose to live—and die—on their own terms. In this future world, death is not only taboo; it’s also highly illegal. Soon Lea is forced to choose between a sanitized immortal existence and a short, bittersweet time with a man she has never really known, but who is the only family she has left in the world.

I picked up this book because I’m in a real dystopia mood (I guess because I looked out the window?) and because I’m also trying to get back on track with my Year of the Asian readathon, which I’ve been neglecting. I think the premise of the book sounds really interesting and I’m interested in seeing how Rachel Heng pulls it off. 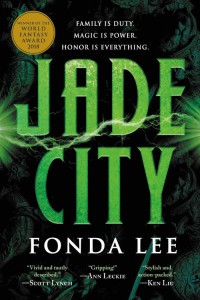 The Kaul family is one of two crime syndicates that control the island of Kekon. It’s the only place in the world that produces rare magical jade, which grants those with the right training and heritage superhuman abilities. When the simmering tension between the Kauls and their greatest rivals erupts into open violence in the streets, the outcome of this clan war will determine the fate of all Green Bones and the future of Kekon itself.

I was drawn to pick this baby up because of the glowing reviews of people on Twitter and because that bright green cover immediately grabbed my eye from its lonely spot by itself on the window sill.

I’m really feeling some adult fantasy without the big long series, so this is perfect. The sequel just came out, too, and apparently has everyone crying over it. So I look forward to that! 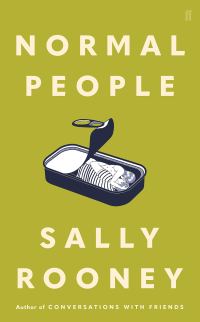 At school Connell and Marianne pretend not to know each other. He’s popular and well-adjusted, star of the school soccer team while she is lonely, proud, and intensely private. But when Connell comes to pick his mother up from her housekeeping job at Marianne’s house, a strange and indelible connection grows between the two teenagers—one they are determined to conceal. A year later, they’re both studying at Trinity College in Dublin. Marianne has found her feet in a new social world while Connell hangs at the sidelines, shy and uncertain. Throughout their years in college, Marianne and Connell circle one another, straying toward other people and possibilities but always magnetically, irresistibly drawn back together. Then, as she veers into self-destruction and he begins to search for meaning elsewhere, each must confront how far they are willing to go to save the other.

Again, a classic case of going with the hype. I am genuinely looking forward to reading it though, because I like stories that stretch over the years. I know the story or the characters won’t be straight forward, so I’m waiting until I’m in the right mood to get to it. 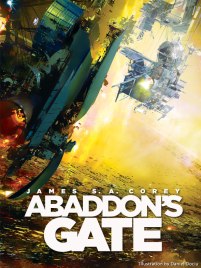 Abbadon’s Gate is the third in the Expanse series, a long sci-fi series following the politics of a galaxy that has been colonised by Earth through various catastrophes, and new threat that looms over them all.

I love these books. They’re so full of action and tension and characters that really feel solid and well-developed. The progression with both the story and the characters has been so strong, and I’m enjoying reading a book of this series a month.

Those are the books! I’ve tried to restrain myself a little because I received a few books for my birthday and bought a couple for myself, so want to prioritise those. I couldn’t resist these ones, though.

Have you read any of these? Let me know and we can chat!