Sixteen-year-old Starr Carter moves between two worlds: the poor neighborhood where she lives and the fancy suburban prep school she attends. The uneasy balance between these worlds is shattered when Starr witnesses the fatal shooting of her childhood best friend Khalil at the hands of a police officer. Khalil was unarmed.

Soon afterward, his death is a national headline. Some are calling him a thug, maybe even a drug dealer and a gangbanger. Protesters are taking to the streets in Khalil’s name. Some cops and the local drug lord try to intimidate Starr and her family. What everyone wants to know is: what really went down that night? And the only person alive who can answer that is Starr.

But what Starr does or does not say could upend her community. It could also endanger her life. -GR 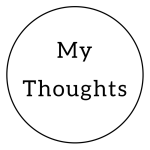 This book blew me away. I’m far from the first to read it and a whole lot of hype has been circulating about it since its release date and it’s one of the few that I could believe the hype before reading the book myself. I watched it climb up the bestsellers lists and was just so overwhelmingly happy for Angie Thomas and the book community in general because I knew that it was such an important book.

It wasn’t until I finally read it that I realised how important.

I’m a white girl in a small rural town in northern England with a very white population. This book is so far away from my world, from my struggles, and I feel so strongly about the Black Lives Matter movement (because I’m a human being with empathy, not because of my skin colour or culture) yet have never picked up a fiction book centred around it. Reading from Starr’s perspective was a whole new kind of heartbreaking.

I cried so many times throughout this book. Even though I knew what was coming in the very beginning, I still couldn’t prepare myself for it and sobbed. What happened – and what does happen – is horrendous, and the way Angie Thomas wrote it was perfect. In fact, Angie Thomas’ writing throughout the entire book was perfect. I can’t believe this a debut novel. I hope mine is at such high quality, which is extremely unlikely!

I loved every character in this book. They were all different in personality, motivation, and role in the story, and fit seamlessly into a family unit. The Carters are now my favourite family in young adult fiction. Their culture and dynamic is different to that I have with my family and I adored it. I can’t think of a relationship I enjoyed the most – Starr and her dad, Starr and her mom, the sibings’ – I just loved them all. So much of this book is interaction between them and I just loved how supportive they were while still being realistic as a family unit. They didn’t exist just to comfort Starr but to empower all members of their family and have personalities themselves.

I have to mention the relationship between Seven and Lisa, Starr’s mother and Seven’s stepmother. I have a half-brother on my mam’s side and a half-sister on my dad’s, so stepparents have always been part of my family. Seven and Lisa’s relationship is so like the relationship between my parents and their stepchildren (they’re in their twenties now, so it is a little strange to call them children) and something I don’t think is shown enough in fiction. They admit they are not blood but that doesn’t matter because they love and support each other and just –

Okay, family ramble over, back to Starr.

Starr is such an inspirational character. I admire the strength, resilience, and sensitivity she shows in this book. She is REALISTIC. She doesn’t bounce back immediately and go fighting the fight without hesitation or doubt, she develops into it. She doesn’t recover instantly, but grows with the support of her family into someone who stands up for what she believes in, no matter how painful.

I will 100% be picking up whatever Angie Thomas writes next. I will be hitting that preorder button so hard. If you’re like me and have waited to get to this, I highly encourage you to put down whatever device you’re reading this on, and pick up this book.

Can I give this six stars?

Have you read THUG? Let me know in a comment and we can chat!

2 thoughts on “The Hate U Give by Angie Thomas”