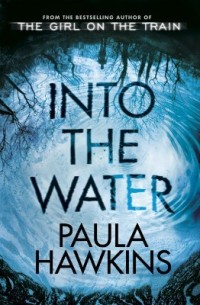 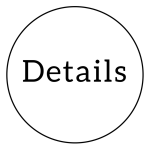 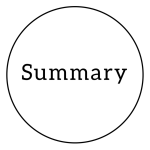 A single mother turns up dead at the bottom of the river that runs through town. Earlier in the summer, a vulnerable teenage girl met the same fate. They are not the first women lost to these dark waters, but their deaths disturb the river and its history, dredging up secrets long submerged.

Left behind is a lonely fifteen-year-old girl. Parentless and friendless, she now finds herself in the care of her mother’s sister, a fearful stranger who has been dragged back to the place she deliberately ran from—a place to which she vowed she’d never return.

Beware a calm surface—you never know what lies beneath.

I didn’t even know Paula Hawkins was writing another book until I saw the hardback of Into the Water hidden among the frozen fish at Morrisons (I know, I didn’t get it either). If you don’t recognise her name, Paula Hawkins wrote The Girl on the Train back into 2015, her debut. I really enjoyed that one so didn’t hesitate to pick this up.

I really love Paula Hawkins’ writing. It isn’t overly flowery or detailed but it’s real, which is why this book works so much. It isn’t so much about finding out what happened to the girls who drowned, it’s about exploring the effects tragedy has on the people in the area, especially the families of those who have died. I really appreciated how she didn’t portray everyone’s grief as being expressed in the same way – Nell’s daughter responds through closing down her emotions and pushing people away while a mother of a drowned teen responds through bitterness and depression. It really is more of a character driven story than narrative, which was the same for The Girl on the Train. I guess that’s just what I like.

“No one liked to think about the fact that the water in that river was infected with the blood and bile of persecuted women, unhappy women; they drank it every day.”

Despite being character-driven, it is different to The Girl on the Train because instead of focusing in-depth on one character, there are a huge cast of characters. I did find it a little hard to keep up with who was who but the chapters are quite short so you soon get to grips with who everyone is, and even if not, you can figure out who it is usually within the first paragraph depending on what they’re talking about.

I wasn’t the biggest fan of the ending but I didn’t not like it either. I understand why she ended it on that point and though it isn’t wholly satisfying, it did make me think about it for a long time after I’d finished it. I think that could be because it leans more on the psychological side of a psychological thriller so I didn’t get the excitement or thrill of a conventional thriller. That doesn’t mean I didn’t enjoy it, it just had a different effect.

So, if you don’t like big casts and prefer narrative-focused thrillers, I’d be hesitant to pick this one up, but otherwise, go for it!

2 thoughts on “Into the Water by Paula Hawkins”